WWE and Me II: This Time, It’s Personal

When last we met to discuss wrestling, I had fallen out of love with it, it was no longer cool, and the twin pursuits of trying to get drunk and trying to look cool in front of girls, had meant that large men in tights were a no go area. Then one fateful night, my friends and I were having a bit of a boys night, not that we knew that many girls at that point, at a friends. A few drinks, a pizza, and a film, the usual. However, this one night, the film finished early, and me and my best bud were flicking through Sky channels, when we came across WWE RAW. We stayed on the channel for a bit of a laugh, seeing if we could recognise anyone etc. We watched the whole episode, and loved it. 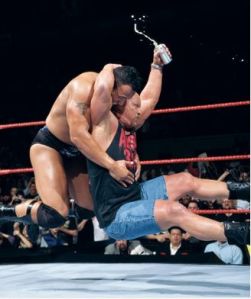 The first episode we watched included a segment where Degeneration X, a gang of misfits, had commandeered a tank and some fighter planes in order to take on WCW, The WWF’s hated rival, in the escalating ‘Monday Night Wars’. This show was funny, exciting and vastly different to the cartoonish show of our youths, and we loved it. Friday nights soon became Pizza and wrestling nights, me and my mate would kick things off with an hour of WCW Nitro, before turning over to watch WWF Raw. We loved every minute of it. It was an exciting time for the wrestling business, Monday nights, or Friday nights in the UK, had become an all out war for ratings, Nitro was now in the lead, and WWF were having a hard time of it. This led to some amazing segments and characters, in the search for ratings.

The major players in the WWF were now Shawn Michaels, HHH, Stone Cold Steve Austin, Mankind, and of course, The Rock. Undertaker was still there, and he had a ‘brother’ called Kane, but the nature of the business had changed. This was the Attitude Era. Bloody violence, swearing and sucking it were the order of the day, it was darker, dirtier, but much better. Vince McMahon was now an on screen character, and his battle with Steve Austin were entertaining and bloody. The girls were hotter, the moves more spectacular, but the story lines were equally ridiculous, even if they now had a more serious bent. Whilst we were away, not liking wrestling, ECW had taken off and hardcore wrestling was now the fad, chair shots, tables, ladders and dustbins were now common, and stunts were unbelievable.

Wrestling was now a crazy stunt show, and no one embodied this more than Mick Foley, this guy was amazing. The bumps he took were death defying, his match with Undertaker in the Hell in a Cell, was unbelievable, the risks he took to entertain the fans, incredible. I liked wrestling now, but for different reasons. I knew it was ‘fake’ but, I respected the athleticism, the risks these guys took, and the shows were now funny and entertaining. I started to get into the back stage world of wrestling, the inside knowledge was fascinating to me, I was in on it now, and I loved it. I started to read Powerslam magazine, which I still read to this day. I needed my weekly wrestling fix and for about four years I was loving WWF. It was about this time that the amazing wrestling games came out on N64, first WCW vs N W O, and then WWF No Mercy. Great games that I spent many hours with, with friends playing multi player. 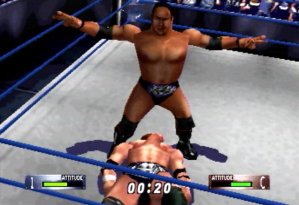 Then WCW got into trouble, WWF bought them out, and all of a sudden all the WCW guys were tussling with the WWF. I think WWF fudged up the merger, it was good, but it could have been great. Eventually, the problems set in with WWF as they had no rivals, things got a little bit samey, and I lost interest once more. 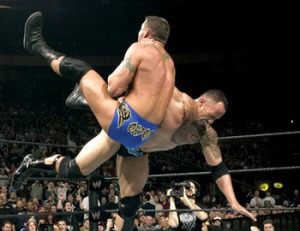 I was in University, I still read Powerslam, but I didn’t watch wrestling any more, even if I knew what was going on. This time, my time away from wrestling was longer, or at least felt that way. It has only been recently that I have come back to the world of WWE. Things were different, but not vastly. In  my time away, WWE had exhausted its attitude, and things were a lot less bloody and sweary. The wrestlers were a mix of those I knew and those who I had just heard of. John Cena was the big dog, CM Punk, Daniel Bryan, Christian and Randy Orton, were now established headliners, once again I started to get sucked in. As I said, it was only recently I began to care about wrestling again, in fact just before Christmas, and it was all due to an XBOX game. WWE’12. Reviews had said this was the best wrestling game since No Mercy, I took the plunge, and it was great, so good, that I stopped playing Skyrim, for a bit, in order to play it.

I started to watch Raw and Smackdown, and the PPV’s when I could, at the moment, WWE is kind of a mix between the last two times I’ve enjoyed watching it, it has shades of the attitude era, but without the hardcore edge. Who knows how long I’ll last this time? All I know is that for the time being, I’m looking forward to Wrestlemania more than ever. WWE and me, we are alright.