By Geeky Gem and Hmsbeefnuts

We are now in the month of August, which is hard to believe. This means that All Geek is nearly eight months old already. This must mean that it is time for a new movie of the month. when sitting down and having a look at the movies due to grace the big screen this month, one thing became clear. There isn’t much coming out this month that I really fancy.

However one movie has caught my eye, it comes from the mind of the man who bought us Family Guy and American Dad! It will mark his first feature film, this man of course is Seth MacFarlane and what is the movie I hear you cry? 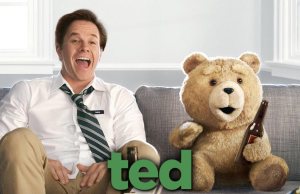 Ted, as I said this is MacFarlane’s first feature film and I for one can’t wait to see what he can do. I am a huge fan of Family Guy and have been for some time. Ted comes about as the result of a childhood wish, John Bennett’s (Mark Walhberg) teddy bear, Ted (Voiced by Seth MacFarlane), came to life and has been by John’s side ever since – a friendship that’s tested when Lori (Mila Kunis), John’s girlfriend of four years, wants more from their relationship.

As always here is the trailer for your viewing pleasure. 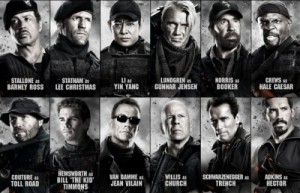 Ted sure looks good, but as I can’t choose it, perhaps it is time for me, Hmsbeefnuts, to try and pick something else. Two films stand out to me, The Bourne Legacy and The Expendables 2. I’m going for The Expendables 2, despite the fact the that fucking Orange advert with that twat from The Inbetweeners plays before every fucking film I have watched for like 3 months now. Stallone, Schwarzenegger, Van Damme, Lundgren, Statham, Willis, Crews, Li, Coutre and Norris. That is a lot of man right there. The first movie wasn’t that great, but it was a fun night out, this looks more of the same to the power of ten.

Here is the trailer…..