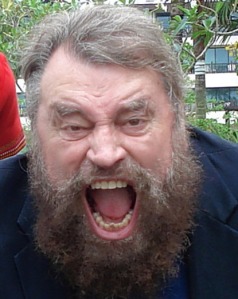 Hello there, and welcome once again to Wednesday Whimsy. This week, we have a bit of a special blog, special in the fact that it will be mainly about one person, one magical, loud and lets face it, Santa-like person. Brian Blessed is one of the most instantly recognisable British actors out there, as well as being a Great British Eccentric, and thus one of the funniest and most watch-able people in show business. Now I realise that some of you will not have heard of Mr. Blessed, but perhaps you remember one of his roles, as Boss Nass in The Phantom Menace, Robin Hood’s Father in Prince of Thieves, or perhaps most famously, Prince Vultan in Flash Gordon.

Brian is big, loud and beardy, he has a laugh that seemingly comes from the happiest Viking Warlord in the world, and he is quite simply ace. But why have I chosen the great Mr Blessed as a focus for an entire blog? Well, a few days ago I was having a conversation with a friend and regular commentator Greeny, about TV shows and the comedy actor and ‘Man with the best voice in TV’, Matt Berry. During said conversation, Mr. Blessed’s name was brought up, and this blog was first conceived. Now I will explain further below, but basically, I realised that there is far too little Brian Blessed on TV or film, and there needs to be more. It took me about 15 mins to think up 3 projects that would be perfect for Brian, and thus this blog exists. Now if anyone wants to steal these ideas, as long as you cast Brian Blessed in them, I have no problem, but just remember who thought of them OK? Right, explanation over, time for the ideas…

Now you may not know that I hate Doctor Who. Hate it, despise it, don’t want to watch it. I think it is a waste of money, and I can not see what anyone sees in it. Now I realise that I am in the minority, especially around Geek circles. Geeky Gem and Kirkie Chick love The Doctor, and my very good friend Greeny, loves it. These are all reasonable people, and I trust their opinions, so there must be something about Who that I’m just not seeing. However, what if, The Doctor regenerated into some one I like? What if, instead of a freakish looking young man with no eyebrows, The Doctor was an older Gentleman, loud, brash, with a great big bushy beard? What if The Doctor was Brian Blessed?

No I am aware that Brian has been in episodes of Doctor Who, but I don’t care about that, I want Brian to be The Doctor. There are few people who seem to be a perfect fit for a role, but surely, Blessed is the man. The Doctor has always seemed slightly off kilter, and who better than Blessed to bring the crazy? Plus his years in Pantomime will put him in good stead for what is, at heart, a children’s show. Blessed could play The Doctor as a fun old Uncle type character, and is burly enough to stop all the aliens, robots and what have you, that plague time and space week after week. Think about it for 10 seconds, then tell me this idea isn’t genius… see.

Now this is an idea based on the fact that Mr. Blessed is a believer in the Abominable Snowman, as well as being a very charismatic speaker and a strong screen presence. My idea is for Brian to film a series on 90 minute documentaries, for The BBC, on a series of mystery animals/monsters that are reported from around the world. The Yeti, obviously, would be one, but I would like to see Brian’s quest for Bigfoot, lake monsters, mystery big cats etc. 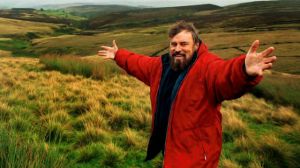 Brian is the exact kind of person to film these kind of shows as he brings his amazing enthusiasm to a subject he is passionate about. Plus a possible Yeti vs Blessed fight would be a spectacle the likes of which would become legend. Brian isn’t a young man, lets make this a reality before he can’t be bothered any more, come on BBC do it.

THE ADVENTURES OF ALAN QUARTERMAIN

Now this is the idea that started it all. For those who don’t know, Alan Quartermain is a character invented in 1885 by writer H. Rider Haggard. Most famously in the novel King Solomon’s Mines, Quartermain appeared in numerous prequels and sequels, and is the ultimate Big White Hunter. You may also remember the character from Alan Moore’s excellent Comic The League of Extraordinary Gentlemen, and the shitty film of the same franchise. Now here is the idea. I propose that The Adventures of Alan Quatermain is a TV series, much in the same vein as The Young Indiana Jones Chronicles. Brian Blessed would play an older Quartermain, looking back on a long life of adventure, romance and danger. The TV show, narrated and bookended by Blessed, would star Matt Berry as a young Quartermain. 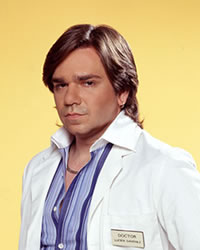 Berry has one of the greatest voices in TV, and could add a lot of humour to the role. This would be an action adventure show, in the style of 1930’s movie serials, and much in the spirit of Indiana Jones. The show would obviously be based on the works of Haggard, but could be elaborated on, perhaps including other characters, such as Tarzan, etc. Maybe even add a little bit of The Lost World magic, with some stronger fantasy elements. I think it could be great, perfect Saturday night entertainment. 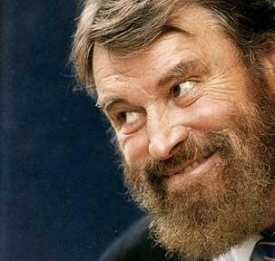 So there you are, another Wednesday draws to a close. Catch you next time.