Finally this week the film Skyfall has been knocked off the top spot! By another epic series of films, The Twilight Saga: Breaking Dawn Part 2. All the fans of the series came out to watch the final instalment to conclude the films. Let us see what the rest of the chart has in store for us. 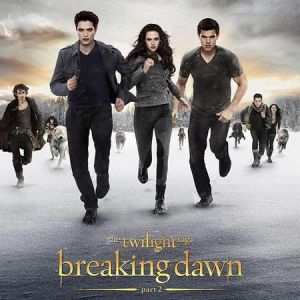 Skyfall has fallen to number 2. Audiences still love Bond but it could not hold off the might of Twilight. Number 3 is Madagascar 3: Europe’s Most Wanted still entertaining the children; it is mostly the only kid’s film out at the moment. The Divali festival fell during this week’s chart and so there are about three Bollywood films in the chart. The highest one being at number 4, Jak Tak Hai Jaan. It is the story of a man who finds and loses his true love in London. Choosing to become a bomb disposal expert for the Indian Army, ten years later he returns to London after an accident and suffers amnesia. Can he be reunited with his true love? The film Argo is at number 5. I went to see this film and really enjoyed it. I didn’t know much about the political history of the time period the film was set. I left the cinema knowing a bit more about this period in history. Ben Affleck was good in the lead role. George Clooney was Producer. This film may do for Ben Affleck’s career that the film Syriana did for George Clooney’s and secure an Oscar. Number 6 sees the film The Master starring Philip Seymour Hoffman and Joaquin Phoenix. The story is loosely based upon the leader of the Scientology movement and its beginnings. At number 7, Hotel Transylvania is still scaring and entertaining children. The film Son of Sardaar, another Bollywood is at number 8. The story of a man returning to the family fold and back to the village he grew up, only to be caught up in a long-standing family feud. Number 9 sees Taken 2 drop down the chart but it still hangs in there. At number 10 is the third Bollywood film in the chart, Thuppakki. The story of an Army Captain working to track down and destroy a terrorist gang. To also deactivate the sleepers cells the gang control.