Hiya all! It’s Wednesday again, and I’ve paused my video games to bring you another blog. This week I went to the movie theaters to see Hansel and Gretel: Witch Hunters with a couple friends of mine. This movie didn’t make it on to my list of 2013 movies from my last blog post because… well, I’m not really sure. It didn’t come up on any of the big lists for expected blockbusters when I was looking up movies for this year, and (maybe because I don’t watch much TV..) I haven’t seen too much in the way of promotion for it. My friends mentioned it to me, and so despite not making it on to my list (and it totally would have done!) I did actually go to a theater and see this one. Furthermore; I liked it. It was just my type of movie; plenty of violence and a bit of gore with enough humor and seriousness to keep it interesting. 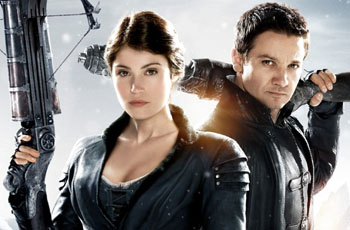 Hansel and Gretel: Witch Hunters was just released here in America on January 25th. Unfortunately, it won’t be getting released until February or even March in other parts of the world, so I will try my best not to ruin it for those of you who won’t be able to see it immediately. So, in case it wasn’t obvious, Hansel and Gretel: Witch Hunters is based on the classic children’s tale of Hansel and Gretel; two little children happen upon a house made of candy in a forest and get captured by the witch living in it. They end up killing her in a desperate struggle to save themselves from being eaten by her. This movie expands on the children’s tale, showing how Hansel and Gretel continued their lives after that incident and turned their gruesome beginning into a unique lifestyle and career. 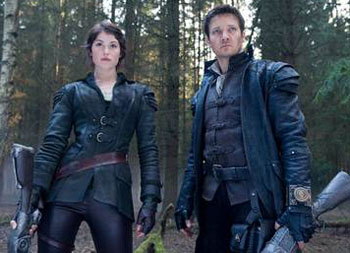 This movie does a very good job of bringing that original tale to life for adults, as well as adding to it in a clever way. Jeremy Renner (AKA Hawkeye in the Avengers) plays a very no-nonsense, slightly socially-inept and ass-kicking Hansel, while Gemma Arterton (Princess Tamina from the Prince of Persia movie) plays his equally kick-ass, no-nonsense sister Gretel. Both actors are excellent, and their characters feel very believable and real as people. Playing opposite them as their foe is Famke Jansen (Jean Grey from the X-men movies) who delivers an excellent performance as an evil Grand Witch. Apparently she enjoys playing especially powerful female leads, which is nice, because she certainly is good at them. 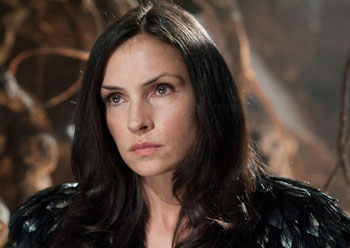 If you get the chance, I would highly recommend you go and see this in the theaters. I enjoyed it immensely, and I cannot wait until a DVD release so I can have my own copy, because this movie was right up my alley. If you enjoyed movies like Van Helsing, The Prince of Persia, or The Scorpion King then this will definitely be something you’d enjoy. It has that same feel to it as those movies do, although I’m not entirely sure what you’d call that, exactly. Anyway, I will leave you with that!