Archive for the tag “Dragonsong”

Heya fellow geeks! It is Wednesday again, which means I’m back with another geeky blog for ya’ll. Nothing exciting has been going on this past week; well nothing exciting that I haven’t already covered like a hundred different times. New Walking Dead, new Vikings; but I’ve talked about those things already. So anyway, I thought that this week I would talk about something new. I went over my old posts and I noticed that I’ve seemed to totally skip over something I love to do; read. I mean, I’ve posted about manga, but that’s about it. So this week I thought I’d bring you some great and geeky books. Some of these I’ve loved for a long time, and others are recent reads that really caught my attention.

The Harper Hall Trilogy was written by the amazingly talented Anne McCaffrey. It takes place in the world of Pern, and ties in with her Dragon Riders of Pern series of books. However, this trilogy breaks away from the Dragon Riders a bit, instead giving us a perspective of Pern from someone who is not a Rider, but more or less a normal person. The entire trilogy is brilliant, but then I am a huge fan of Anne McCaffrey. I literally learned to read with her books, and I truly believe that they played an integral part in my love of literature as I grew up. Her world is so beautiful and vivid, her characters so real and the stories so full of emotion and life that I will finish a book feeling like I’ve truly lived another life. It isn’t just the Dragon Riders series that I love; Anne McCaffrey was truly a talented woman and her other works (such as The Ship Who Sang, or The Rowan,) and those of her son Todd McCaffrey are excellent as well. If you’re into fantasy or science fiction then you should check her work out. I can guarantee that they will not disappoint! 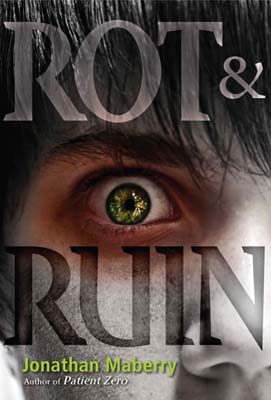 Rot and Ruin is the first in a series of four books by Jonathan Mayberry. They take place in a world 14 years after a zombie apocalypse ravaged the planet. People have banded together, cobbled together small towns and learned to live with the undead. So far three of the four books in the series have been released, though I have only read the first one, Rot and Ruin. It is a really excellent book if you are in to zombies, which I totally am. The world Mayberry creates of a post-zombie-apocalypse is really close to how I would picture it actually being. The different people, the towns and outposts, the paranoia and cult-like belief following that sort of disaster are really believable. I am really looking forward to reading the rest of this series, and if you are a zombie lover like me then I highly recommend this series. 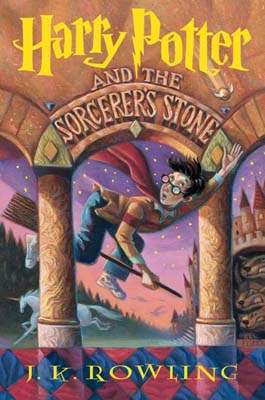 Harry Potter was written by the brilliant J.K. Rowling, but most people already know that. This 7-book series became so amazingly popular that it spawned 8 movies, countless video games and even a theme park! While I’m not particularly impressed with the movies (blegh, the second one was so bad I couldn’t bring myself to watch anymore) the books are incredible. There is a reason that these books have developed a cult-like following, and if you’ve not read them then I highly suggest you give them a chance. I re-read these books at least once a year, usually in a 2-day marathon that leaves me exhausted, but it is totally worth it. 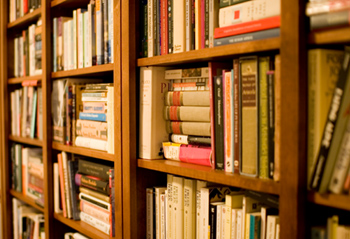 Reading is something that I am really passionate about. I really enjoy reading because reading is not only a great way to learn and grow as an individual, but it can take you to so many places and be anything you want to be. It is a really fantastic way to expand your mind, and to escape reality and do things you may never get the chance to in real life. I read a lot of different things, even though I pretty much focused on Fantasy-fiction and Science-fiction works with this blog. In particular, I also read a lot of romance, but I figured that wasn’t quite geeky enough for a blog (although for those geeks who do like romance, try Gena Showalter, Christine Feehan and Jayne Castle. Their paranormal romance books are awesome!) Anyway, I’ll see you next week!