Archive for the tag “fairy tale”

I watch a lot of television and soe of the sows I watch are recommended to me by friends, this is one of those shows. My friend Shaz told me I would like this show and she wasnt wrong.

Grimm tells the story of a Police Officer call Nick Burkhardt who discovers he is a descendent from a long line of guardians that are also know known as Grimm’s, this means he has to try to keep the balance between humanity and the mythological creatures, which are called Wesen, pronounced as vessin of the world. Now he must protect his victims each week as he tries to find out what is going on. Nick wouldn’t be able to do this with a few friends now would he, this is where he meets Monroe who just so happens to be a Wider Blutbad a Wolf to me and you. 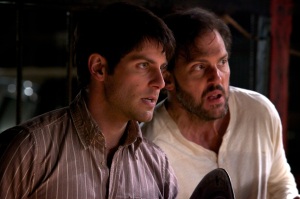 Each episode has a Grimm fairy tale in it in some way and Nick with Help from Monroe and his police partner Hank Griffin they must figure out what us happen and stop as well as the series arch that ran over season one. I have only seen season one and season two has begun and I will get round to watching that as well. I loved Season two each episode is really good and you get to see lots of different Wesen, which Nick can only see if they let their guard down, the rest of the time they look human.

It’s a really good show, I am enjoying it. I cant wait to sit down and watch season two but at the moment its trying to find time to watch anything. Its fast paced and each week s something new, some bits are really funny as well.

As season one goes on Nick tries to find out what happened to his Parents, who were killed when he was child and this brings his girlfriend Juliette in to it a bit more as she doesn’t know Nick is Grimm and has a secret caravan full of Grimm weapons and books. This Nick into a battle with himself over whether or not to tell her the truth as he is putting her in danger. 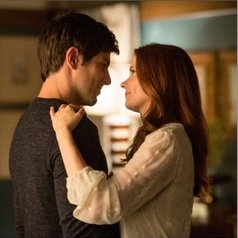 If you havent seen it yet but are worried it might be a bit like Once Upon a Time, then fear not it is nothing like Once Upon a Time. I will however be covering that show at some point in the near future. If you like Grimm fairy tales and want to see a different twist on it then this is the show for you.