Archive for the tag “middle earth”

My Days Off : Reading

There is nothing I enjoy more than curling up on the sofa with a warm drink and good book. I like dong this even more on my days off, I read a lot of books not as many as I would like but I always have at least one book on the go at any one time. 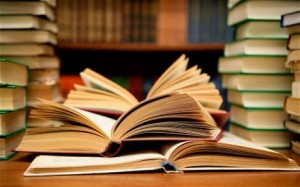 At the moment I am reading two book nd one graphic novel, i find that delving into a book brings me joy as I set off on an adventure in a new world. That world can be anything from Middle Earth to Hogwarts and back to Narnia. One of my current reads will be no surprise to some people but it is Harry Potter and the Order of the Phoenix. 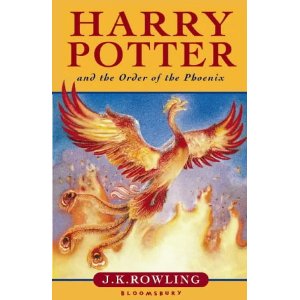 Now many of you might know I am re-reading this book for only the second time. I have to say I am enjoying it just as much now as I did the first time. Its amazing just ho a book can grip you all over again and have you there for hours. There is just somethign about these books that keep me wanting to find out more about life at Hogwarts and having just come back from the Studio Tour it makes it all that richer. But I might tel you about that next week, if you good. The other book i am reading takes me to Middle Earth. 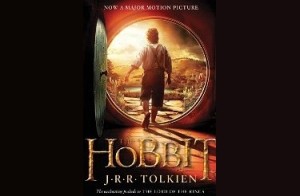 Now this one is little stranger, I was reading this book many years ago however I misplaced my copy of the book. At that point I had read up to the chapter entitled Out of the Frying Pan into the Fire. So when I got my new copy the first few chapters were a re-read the rest now is pure enjoyment. I can’t wait for the other movies and to reading The Lord of the Rings. The other thing I mentioned I like reading is graphic novels. the series I am most involved with at the moment is The Walking Dead. 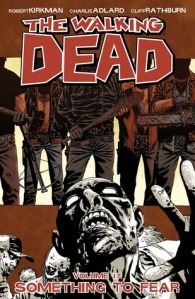 This is the current volume I am reading, The Walking Dead my not be set in a fantasy world but it is set in a world that can get into. If I watch the tv show I love it, if I read the comic I love. Basically I love the walking dead. The art in this graphic novel just brings the writing to life and I cant get enough. It really is worth a read if you’ve never read it. Well untill next time happy reading.

Now I know there have been a lot of blogs about this movie already and they are all over the web and that’s a good thing as it means people had thought’s about it. It’s not like me to sit down and tell you about a movie I have just seen, in fact many of y blogs are about movie’s I want to see or have seen. However on Tuesday evening my boyfriend came home and said I got  you this, handing me a ticket to the movie I have been waiting for all year. Yes folks that’s right The Hobbit. 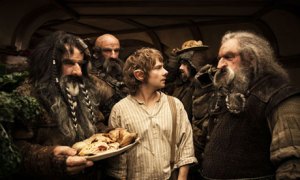 We sat down to a 2D showing of the movie, I was little bit more excited than a 29-year-old should be but I didn’t care. However this always makes my boyfriend giggle. Anyway the adverts and trailers rolled on and An Unexpected Journey began. I have tired to read this book a few times, in high school it was our book for one ear but we neer finished it the second time I was up to chapter seven and lost my book. Dont panic I just brought a new one and as soon as I finish Harry Potter and the Goblet of Fire I will be all over it. Anyway, the movie began and the screen fell silent, 2 hours and 48 minutes later we emerged from what I can only describe as nearly 3 hours of awesomeness. 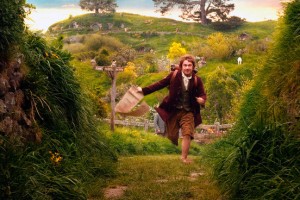 The story for those of you who may not know is about a young Hobbit named Bilbo Baggins (Martin Freeman), who one day has a visit from an old family friend Gandalf the Grey Wizard (Ian McKellen). Who informs Bilbo that he wants him to join him on an adventure. Soon after 13 dwarves led by Thorin Oakenshield (Richard Armitage) arrive at Bilbo’s home at Bag End in the hope that Bilbo will join them. At first Bilbo say’s no and asks them all to leave, after a good nights sleep he joins them on thier quest to reclaim thier home from the dragon Smaug. 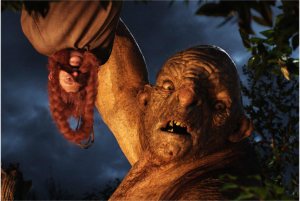 One of my favourite parts from the book is kept in the movie and that was the scene with the trolls, I was so happy when I saw this bit as it happens just as I pictured it when I read the chapter in the book. The Hobbit is a little lighter than The Lord of the Rings and has a bit more humor in it. Which makes for a great story, Peter Jackson just takes you back to the land of Middle Earth as if you are sitting down with an old friend. That had been away for a while and had a really good story to tell. Being back in Middle Earth is every thing it should be. My other favourite part is Riddles in the Dark, where Bilbo first meets Gollum. 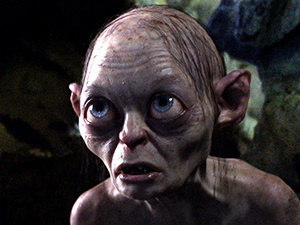 Andy Serkis again brings Gollum to life and he does it so well, in this one however I felt sorry for Gollum, his love for the ring has driven him made but there is an innocence about him in this one that only Serkis could bring. Serkis even took on the added role in this movie as the second unit director which is great for him. There are so many great actors in the is movie as well that I just can’t name them all. If you havent seen and like the Lord of the Rings then The Hobbit : An Unexpected Journey will fill you it joy. If you have already seen, then go again I know I will be.

If you do enjoy it it’s a only a year’s wait to part two in this trilogy, which is called The Desolation of Smaug. I hope you enjoy it as much as I did, i going back to my Hobbit hole now where its safe and nothing ever happens.