Archive for the tag “The Flash”

Seeing as we here at AGTM are Avenging April, I thought I would delve into the world of Superhero television shows. There have been more than I thought, many I have watched and many I haven’t. I thought I would pick just five that left me always wanting more. Here, in no real order, as always, are five shows that had Superheroes in that I loved. 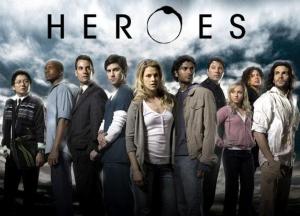 Oh Heroes, where do I start with this show? For those of you not in the know, Heroes is a series created by Tim Kring that appeared from 2006. The show tells the stories of ordinary people who discover superhuman abilities, and how these abilities take effect in the characters lives. The show for me always emulates the aesthetic style and storytelling of a comic book, its uses short, multi-episode story arcs that build upon a larger, more encompassing arc. Now I really liked Heroes at the start of its four season run, but when the show hit difficulties during season two, thanks to the writer’s strike, it kind of lost its edge. However, that being said, it was still really good, the stories were always good, the characters were deep in places and it left me wondering, much like X-men did, will we ever evolve past our current state? 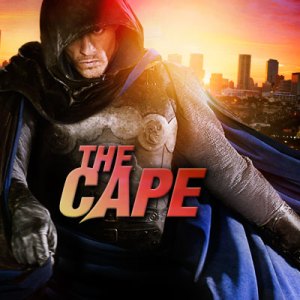 Now unfortunately The Cape didn’t run for as long as I thought it would, and was dropped from its network after only half a season, much like Firefly. Which sucks as I think this show could have gone far. The Cape, as I said, only ran for half a season between 2010 and 2011, its season finale wasn’t even shown on television, but on the internet instead, which to me is no way for a show to go out. The series was set in the fictional Palm City and followed Vince Faraday, an honest detective who decides to leave the police force after he witnesses the murder of a new police chief by a mysterious individual known as “Chess”. He then goes to work for a private security firm run by, owned and operated by billionaire entrepreneur Peter Fleming. However Faraday is set up and left with the whole city looking for him, for something he didn’t do. Faraday is abducted, but then becomes accepted, by “The Carnival of Crime”, a traveling circus turned bank robbery ring. Here he becomes The Cape. However short-lived this show was it really was worth watching.

Look I had to get animated Batman on the list somehow OK and this was the only way, seen as I am not allowed to talk about Batman the animated show. Anyway Justice League is a fantastic cartoon, it ran from 2001 till 2004. Having watched Batman the animated show I had to watch this as it had a number of my favourite heroes in it. From Batman to Flash and Superman to Wonder Woman.

Animator Bruce Timm who had successfully adapted both Batman and Superman into animated shows in the 1990’s, took on the challenge of adapting the Justice League comic book and turning it into an animated sequel to his two former animated series. This new animated TV series brought all sorts of new characters. Ignoring the sidekicks, pets, and other elements of the earlier Super Friends show, the line-up of this new JLA adaptation was created with two things in mind: to pay tribute to the original line-up of the Justice League of America while also reflecting racial and cultural diversity. This show alone sparked the follow-up series, Justice League Unlimited and featured a greatly expanded roster of heroes.

Now I am not going to lie to you, as a small child when this show was I was really scared of The Incredible Hulk. I only had to hear the starting theme song and I bolted from the room, so my parents tell me. I believe them, I do remember not liking this show when I was a lot younger, but now I am older, and I can appreciate the show for what it is. I still think The Hulk is kind of scary but in a good way. The series is based on the character the Hulk, and ran from 1978 untill 1982. It starred Bill Bixby as David Banner and Lou Ferrigno as the Hulk. In this adaptation Dr. David Banner is a widowed physician and scientist, who is presumed dead, he travels across America, under false names (his false surnames always begin with the letter “B”), and finds himself in positions where he helps others in need despite his terrible secret: in times of extreme anger, he transforms into a huge, incredibly strong green creature, who has been given the name “The Hulk”. The Hulk, besides costing Dr. Banner a huge amount of clothing bills, would then smash and crash his way around for a bit. This I soon came to love when I was older, but when the repeats were on T.V when I was younger there was no way I could sleep if I’d seen The Hulk, silly no?

I know this is a list of top five superhero television shows, and so far I have shown at least one show that got cancelled before it ran a full season. However I just couldn’t bring myself not to mention another. Birds of Prey aired in 2002, it was loosely based on the comic of the same name. However despite the series debut ratings in America being 7.6 million viewers, the series was cancelled after ratings fell sharply in subsequent weeks. In total only thirteen episodes were produced. Which was a real same as I really enjoyed what the show had to offer, so much so I have them on DVD. The show was set in New Gotham City, several years after it has been apparently abandoned by Batman. In his absence, Oracle and the Huntress have taken over his war on crime. The two are joined by Black Canary, and a host of other characters. A central feature of the series is the concept of Metahumans: Individuals born with powers that cannot be explained. No two metahumans have the same specific ability (or set of abilities) and there exists a whole subculture of metahuman society that the outside world knows nothing about. If you ever have the chance to see this show, as with The Cape, I would give it a go, just remember, it doesn’t last long.

There we have my top five superhero television show, hopefully as I only picked five there will be some you have not yet seen and some you have, There are plenty more I missed out but I hope you will forgive me.