Archive for the tag “trailers”

OK so it is Wednesday again, and that can mean only one thing. Yes that’s right, I have to garble together some thoughts and ideas into something that might resemble a blog, if only I worked a bit harder on it. This week I thought I would share some of my views on recent geeky happenings, a few news stories, a trailer or two and some thank yous. So here goes…

Firstly, I’m sure Geeky Gem would like to join me in saying a great big thank you to everyone who has visited this blog since we began in the dark days of January. We started small, but have grown week by week, month by month and have seen some impressive (for us) milestones in the last few days. We are not very far from our 10,000 view, and have had a series of days with some great numbers. We would like to say thank you to you if you have ever clicked a link, read any of our posts, commented, liked, re-blogged, or just looked at some pictures, thank you from the bottom of our well of souls. When we started this blog, we never really thought anyone would care, we still aren’t sure anyone does, but we think some of you might, and that is all that is important. We hope we can continue with our strong start and grow as writers and bloggers, we hope you join us on this journey. Right enough schmaltz, what else has been occupying my mind? 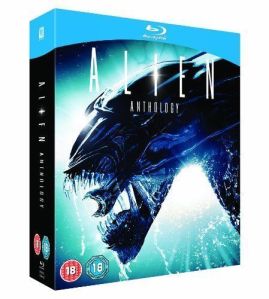 I have tried to make a concerted effort not to spend money on games and blu-rays in the past few months. Well, I lost control last week. I picked up X-Men Quadrilogy on Blu ray, Alien Quadrilogy on Blu, Tintin, King Kong, Sherlock Holmes: A Game of Shadows and last but not least, The Grey. Yeah I splashed out, but then, it was my birthday, and I hadn’t spent money for ages. I also picked up on DVD a documentary film called Superheroes, on real life Superheroes. Men and women who dress up to try and combat crime and anti-social behaviour in their communities. I enjoyed it immensely, and would recommend it to anyone with an interest in superheroes or documentaries. 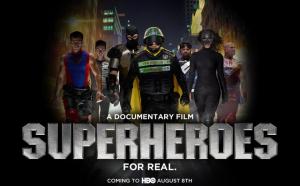 I haven’t played a video game for so long now that it was getting quite disconcerting. Work and writing and movies and social things have stopped me from playing anything. I picked up The Witcher 2, and finally played a couple of hours on Sunday. I’m enjoying it, it has a complicated crafting system, but overall, I think I will have to devote more time to it in the very near future.

Here are some trailers that I think are worth checking out, if you haven’t already…

Things that make me happy:

The Avengers becoming the 4th highest grossing film of all time.

Sorting out your DVD/Bluray collection.

Things that make me sad:

Only 2 more Game of Thrones until next year.